Olga Rykova was born in Moldova, Kishinev. Her mother was a ballerina for the Russian ballet and her father was a respected publicist with a background in Fine Arts which partly influenced her artistic abilities. When Olga was 5 years old she first took up some coloring pencils and started to doodle like children do not knowing exactly that she’d end up an artist later on. Olga’s tried ballet, gymnastics, piano but it wasn’t calling to her the same way art did.

As early as 10 years old Olga got her hands on art history books: Early Renaissance, Sandro Botticelli, French impressionism and other Russian literatures which fueled her creative drive. In 1978 Olga enrolled and was accepted at Repin University in Kishinev. With her trademark brilliant colors and vibrant brush strokes Olga graduated as an exemplary student.

Olga was initially inspired by the works of XIX century Russian artist Mikhaïl A. Vroubel. Olga recalls seeing his works as original and modern with strong brush strokes.

Upon her arrival to Canada with her two young children and no grasp of the language, Olga took odd jobs to make ends meet. She never stopped working on her art and at this time she was heavily into pastel works. She quickly got recognition from the local papers and was invited to Pierre Pilado’s weekend auction where one of her works got auctioned off for a pricey sum to charity.

Continuing her pursuit for art and work, Olga moved to Ottawa, where she graduated from the Cite Collegial in Graphic Design. Olga took quickly to graphic design and fashion design where she worked full time for a decade. She also dabbled with watercolors for many children’s books.

Olga continually looking to evolve and try new art techniques, quickly fell in love with acrylic paints on canvas. At first it was more traditional compositions but she felt a calling for something different. Olga has only recently developed her style into a modern expressionism/pop art mix that let her use her gift for vibrant colors and vivid brushstrokes the way she feels them in the moment. She looks for subjects in nature and on photos trying to find unique angles, strong character traits and translate them to her canvas. 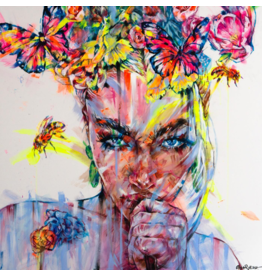 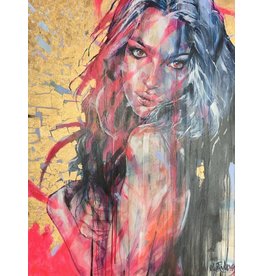 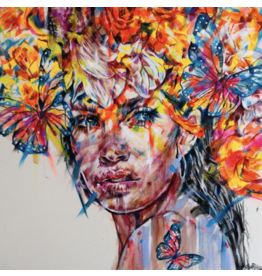 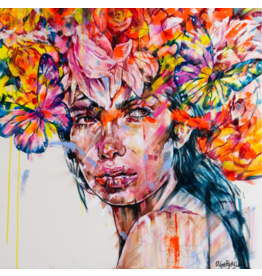 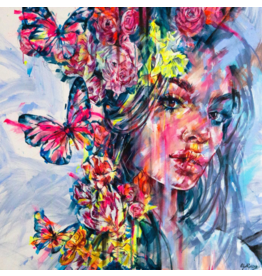 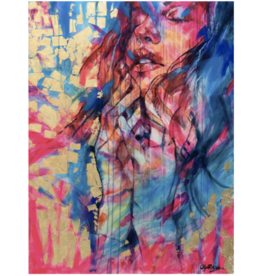 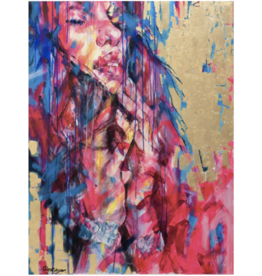 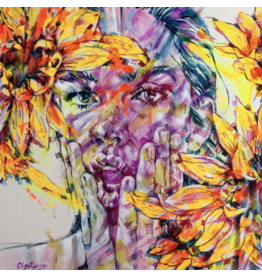 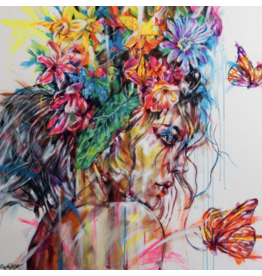