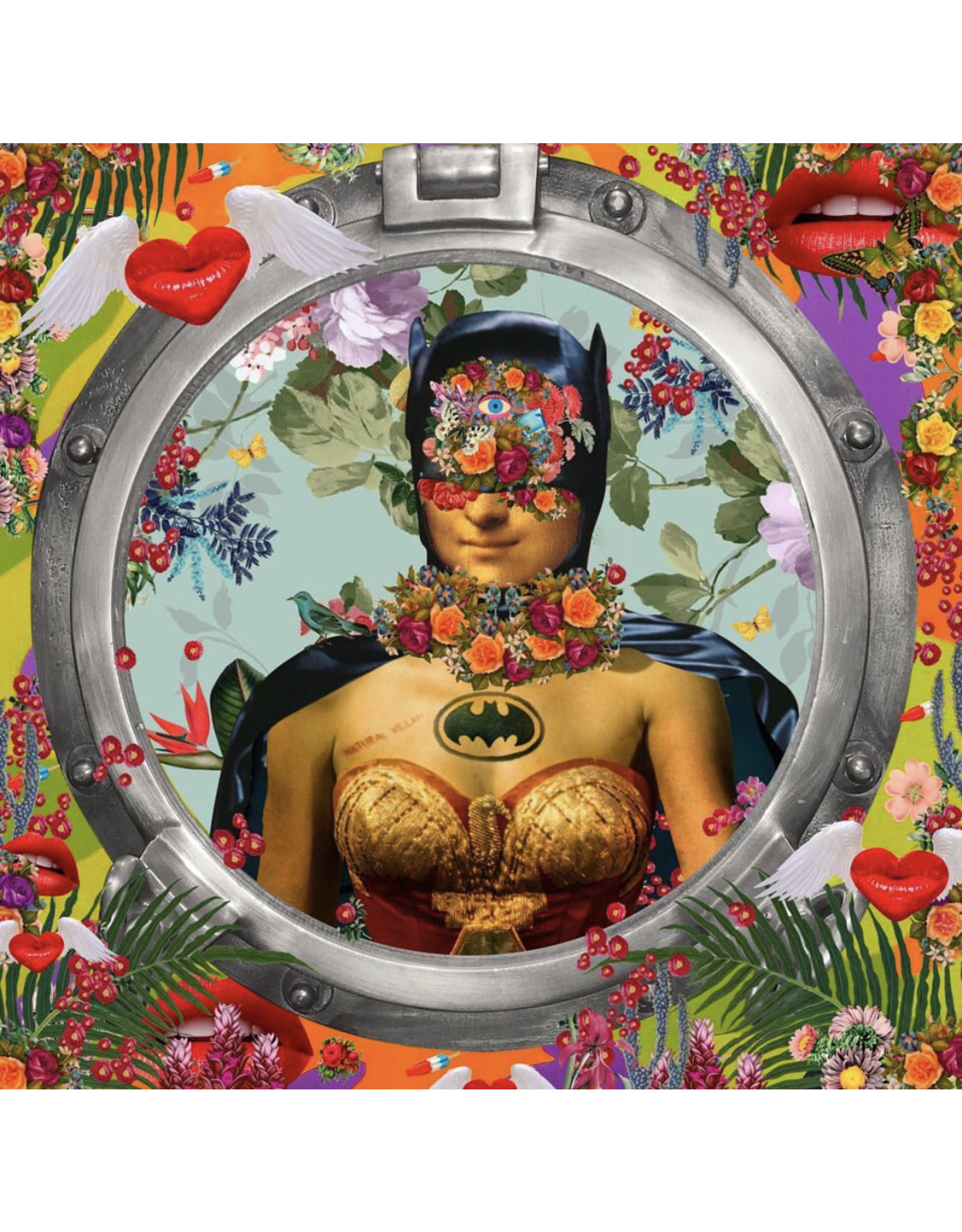 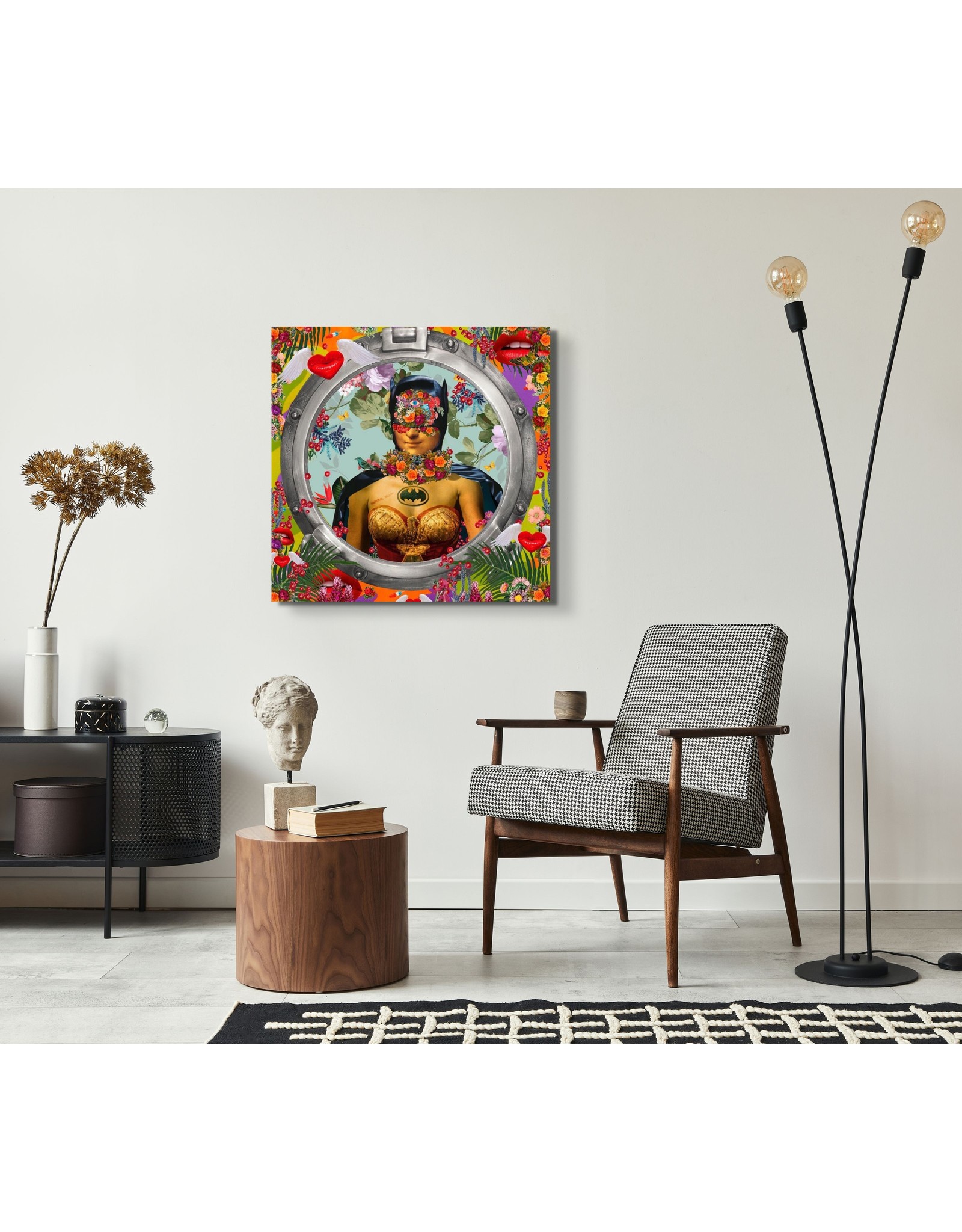 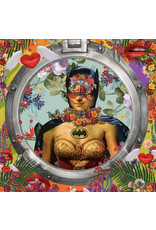 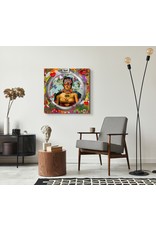 The artist uses this porthole and a contrasting subject in reference to the Ancient Greek prophet Tiresias. Born a male, the blind clairvoyant was transformed into a woman for a time of seven years by the god Hera. This was a punishment for the mistreatment of a group of snakes Tiresias tortured. Tiresias went on to marry and have children while eventually being allowed their masculinity back. This is one of the earliest written accounts of transgender in Greek mythology. Krovblit creates a beautiful character with modern and historic references to pop culture and vibrant collage. We see a marvelous and powerful individual in this strong piece of work.

"Tiresias was a seer in Greek mythology. This was the very first time in written history we see an example of transgender. Tiresias, a seer, was turned into a woman for seven years by the gods. With her third eye open, she could see the future. Visions were sent to her by small birds and animals. Ultimately, this piece is about identity and our interaction with it."